Although Daniel Borg is a newcomer to the visual arts scene, he is no newbie to the local music scene, having been a member of Maltese bands such as Skimmed, The Velts, Fastidju and Superlove. Also coming from a design background, he believes his move to art was a reaction to personal circumstances.

“I’m almost 35 years old. Finding people to form a group at my age is very difficult, an age when you are generally more inclined to start a family. I could have opted for a solo career in music; however, if I had done so, the buzz, the interactions between band members, which interests me most, would have been lost, ”says the artist.

An introspection exercise paved the way for another avenue of artistic expression and to revisit one’s past.

“Pursuing something I loved when I was much younger affected my choice of route. Concerns about mortality started creeping in as I didn’t get any younger. I delayed this decision to paint d ‘about 20 years old,’ Borg notes, acknowledging that now is the time to stop procrastinating.

Raffaella Zammit, co-creative director and program manager of the Gabriel Caurana Foundation, points out that the foundation has been following Borg’s work for some time. She remarks: “We discovered Daniel’s work via social media. I had pointed out to curator Elyse Tonna that Daniel publishes really interesting work.

Borg is part of the philosophy of the Gabriel Caruana Foundation, created in 2016, to support emerging artists, regardless of their age and academic background. 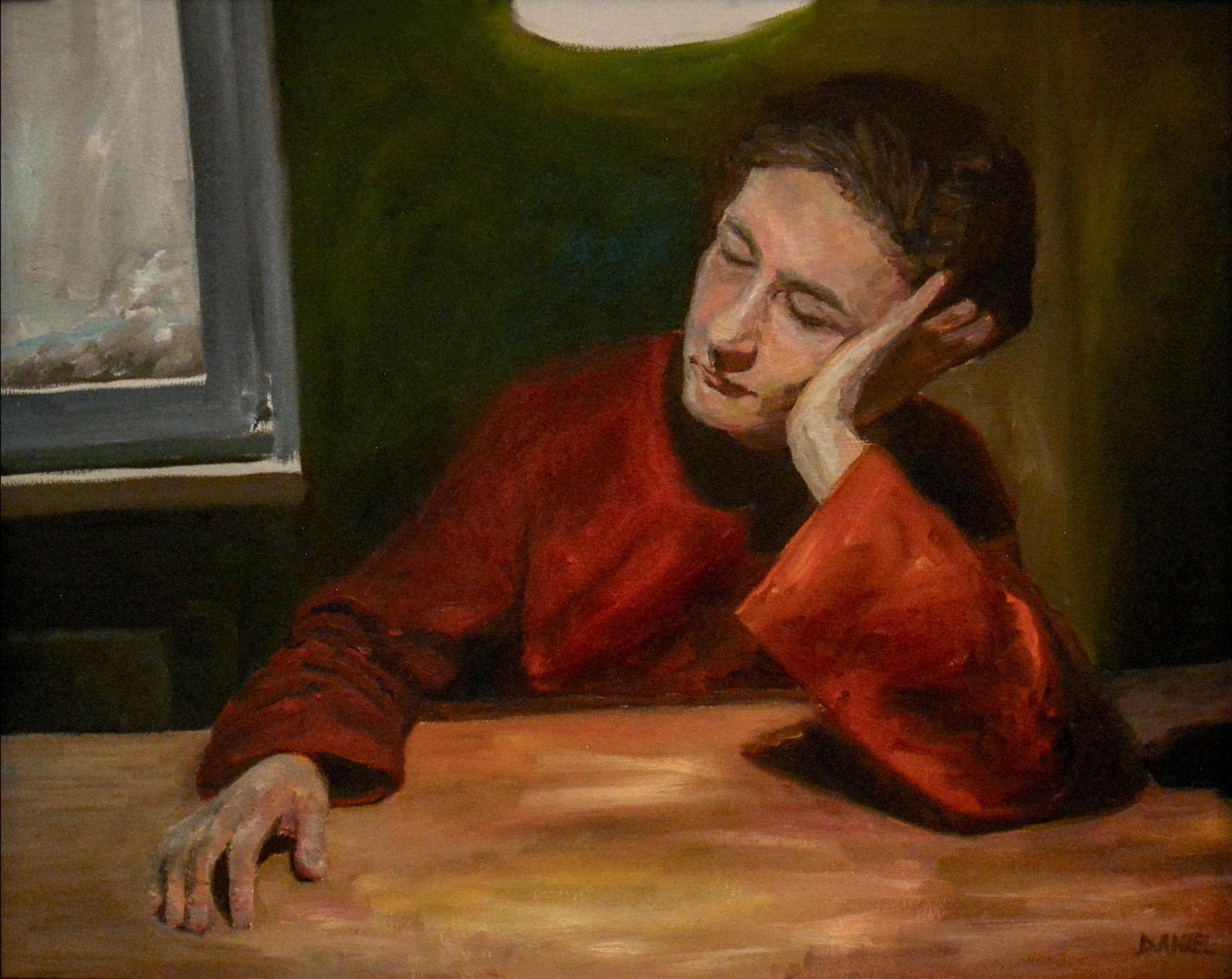 “Since 2017, we have been organizing an annual exhibition. Last year, we launched calls for applications for group exhibitions dedicated to our SPRING initiative. Besides the small collectives, we organize an annual solo exhibition and Daniel was our choice for this year ”, adds Zammit. “My father, Gabriel Caruana, always had in mind to develop an organization with the aim of promoting modern and contemporary art, it was already something he had envisaged in 1989, at the same time as the opening of the Moulin. . ”

Tonna explains that the foundation is always on the lookout for new talent and that it offers an advantageous platform because it does away with the usual procedures adopted by the usual galleries. “We understand the difficulties encountered by new artists when they try their luck by submitting their proposals to galleries; these often ask for a portfolio which does not always satisfy the gallery; or they ask for a substantial financial contribution from the artist, ”notes Tonna.

“We are doing everything possible to give more visibility to the artist through marketing and dissemination of information. We do not enter into the merits of the development of the artist because we would not want to interfere in the process of artistic growth ”, underlines the curator. “This exhibition reflects an amalgam of consequences following a process of rediscovery, through a series of images revealing aspects of the mundane. The exhibition shifts attention from extraordinary realities to ordinary experiences through a comprehensive exploration of the self. 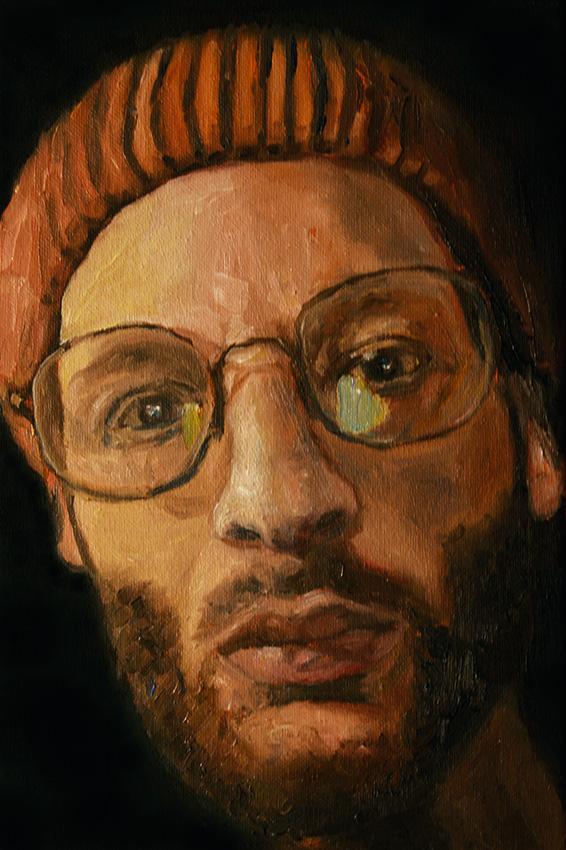 The title and the works were selected by Tonna, in discussion with Borg, to represent what is above all an introspective exhibition. Tonna says feedback sessions with Borg were held late last year, evaluating directions while offering conservation advice. With the artist already in possession of a large portfolio of works, it was decided that a dedicated theme was not necessary at all.

“It was more of an exercise in allowing and enabling the artist to create and create more, and the foundation was responding to those creations. The curation involved choosing from Daniel’s burgeoning portfolio, discerning themes, motifs and conversations between the works of art themselves, in order to create an experience for viewers, ”says Tonna.

This is the objective that underlies all the exhibitions organized under the aegis of the Gabriel Caruana Foundation. “We evaluated Daniel’s evolutionary stages and that also made it a very interesting artistic journey for the foundation,” Zammit concludes.

The move from Malta to Berlin, a city brimming with culture, exposed Borg to museums and galleries and their art treasures. “I’m not too keen on the art on display in large shopping malls where abstract expressionism is still in fashion,” Borg notes, adding that Germans love to come off as weird, an attitude that leaves him cold. 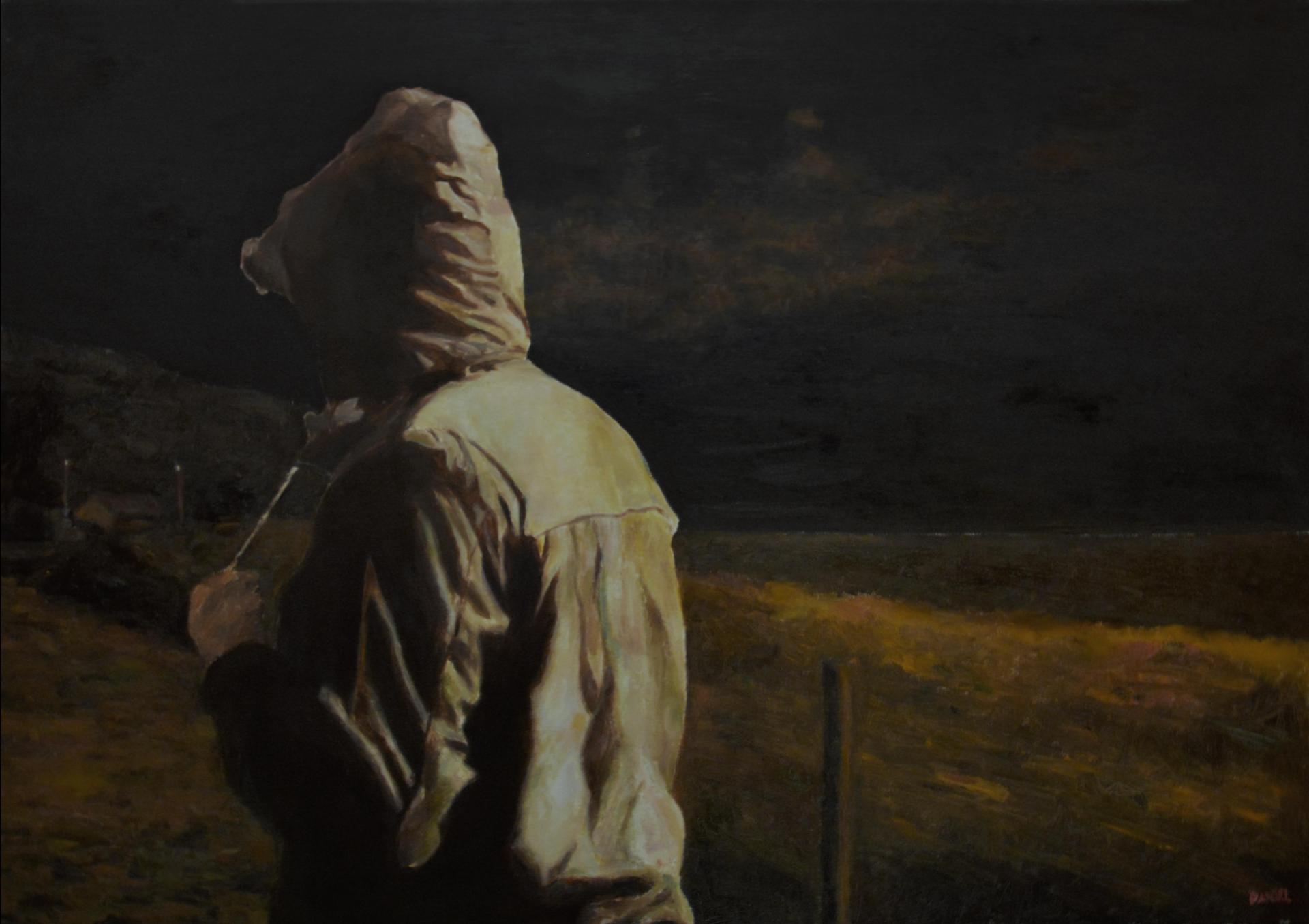 Old masters should not be thrown out the window; their work can be updated, re-explored and presented as a contemporary take

“Their schools are determined to break all the rules, to reinvent the wheel. They sometimes lack the wood for the trees – one can be original by not necessarily being transgressive and going against the grain. An artist can reinterpret concepts and have something to say. Old masters should not be thrown out the window; their work can be updated, re-explored and presented as a contemporary take.

Figuration versus abstraction and size matters

The general contemporary trend is towards a return to figurative and dazzling abstraction.

“I think the reason for this change of direction can be attributed to Instagram to some extent.”

He observes: “Size matters in contemporary art, large-scale room dimensions are essential. This excludes them from home environments. Either way, nowadays the price of property and the size of the family suggest a general domestic downscaling.

The artist considers abstraction as exploited beyond its limits, and needs a time of rest to reinvent and reposition himself in a few years. However, figurative painting does not exclude abstraction. “Take the paintings of Cecily Brown for example; they are in a state of flux, an incessant slide between the figurative and the abstract. 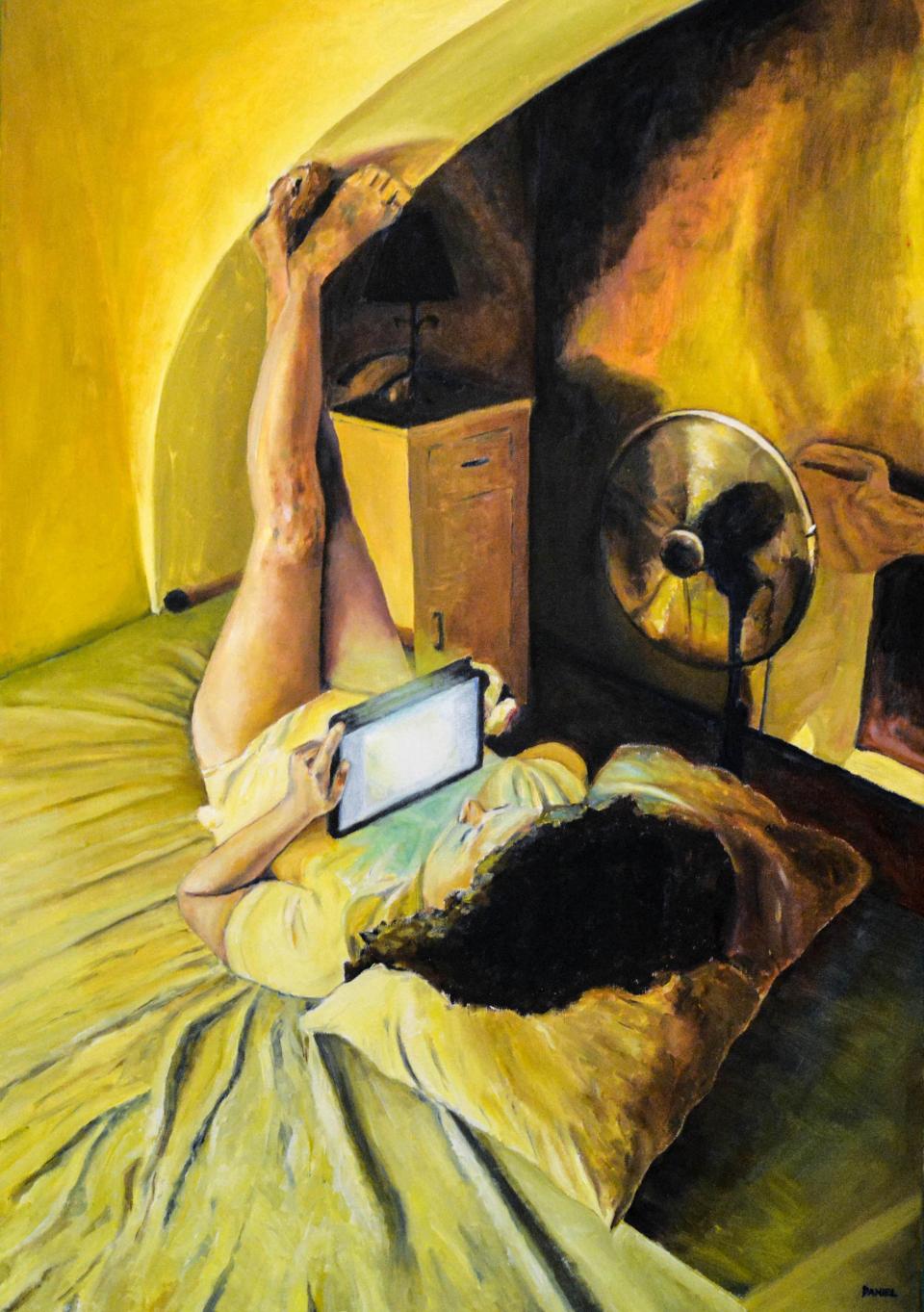 There is a strong illustrative quality in Borg’s work, nodding to the production of American illustrator Bernard Fuchs. He admits that Fuchs is an influence because his paintings similarly illustrate slices of everyday life. “I take photos as preparatory bases, as stepping stones that would evolve into paintings in their own right. Some of them are snapshots of my immediate family, which goes without saying since the theme of the exhibition centers on the pictorial documentation of these last 10 months of my life, coinciding with my transition to the visual arts ”, notes Borg.

The Maltese artist uses technology like Photoshop to manipulate an image in a chromatic way, adding that he uses his brain as a filter to obtain the colors that he thinks are most effective. “Photography is a tool that was not available to Renaissance and Baroque artists; this gives us a certain advantage to contemporary artists.

“Take British artist Jenny Saville. His use of collage would not have been possible without the help of photography. I am interested in the work of photographers Ralph Eugene Meatyard, Mark Owen and street photographers. I admit that I am also strongly influenced by cinematography. I’m also intrigued by flash photography and how the flash changes color temperatures, ”Borg continues.

Dialogues and other conversations

Browsing through Borg’s portfolio of paintings, including those not featured in Midlife Crisis, one couldn’t help but notice possible associations with the work of Luc Tuymans, Wilhelm Sasnal and Alex Katz.

Far Away evokes an asceticism by Francisco de Zurbarán while Lina recalls the elegiac and introspective quality of Child Sleeping by Felice Casorati. Having casually mentioned these artists in the past as possible points of reference, like my reactions to Borg’s social media posts, it had elicited some gloomy interjections from the artist: “The first time I ‘hear from this particular artist, let me google him or her “. 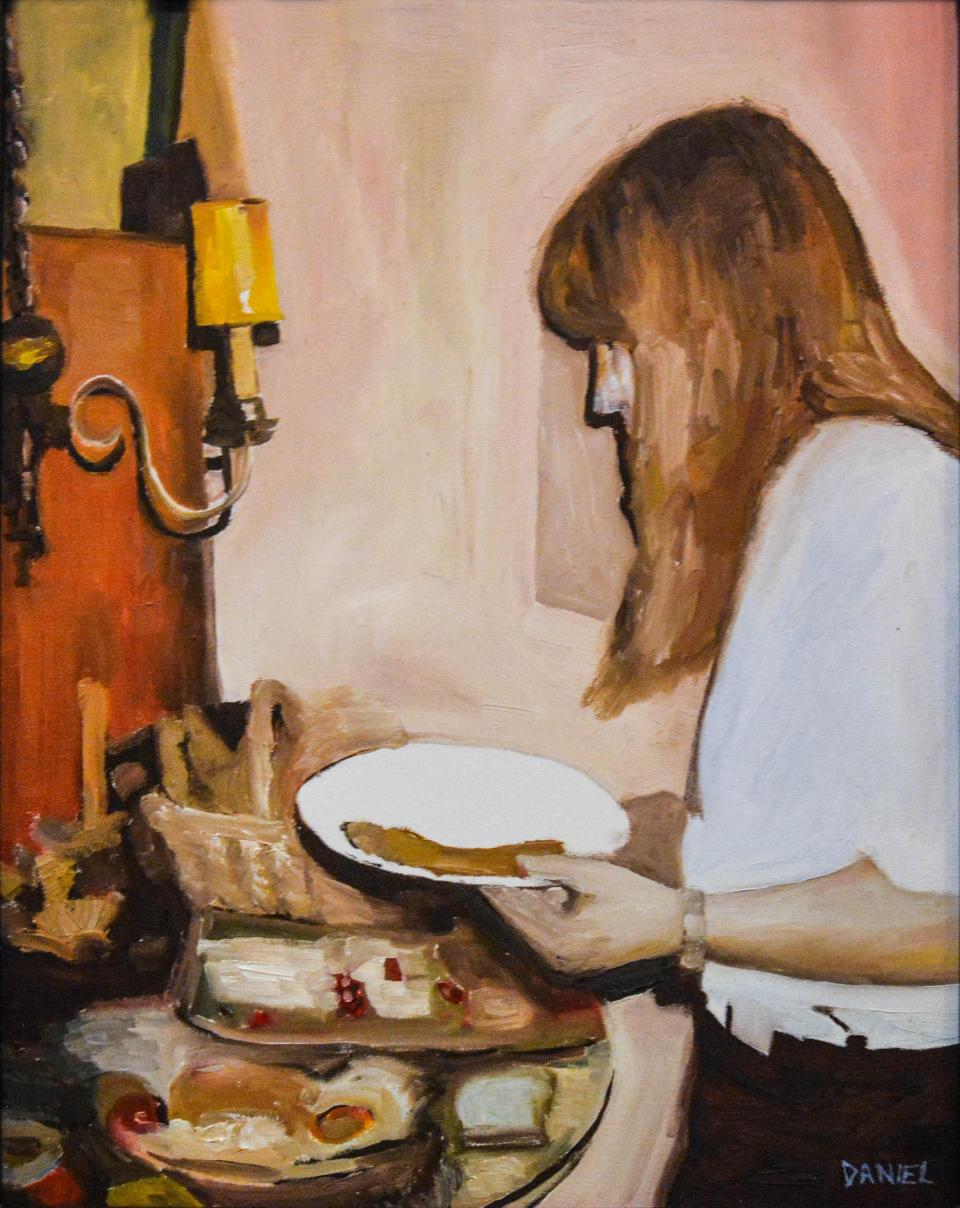 “Coming from a musical composition background, I tend to use similar methodologies and dynamics when creating a painting. I was very aware of the music around me. My songwriting stems from a state of unconsciousness and non-consciousness; I transposed this to artistic creation.

“I look at lots of paintings, pictures and music album covers, which I find very informative. There are times when I take it upon myself to paint like, say, Hockney, but it’s obviously not easy and it wouldn’t make sense in the long run. But without fail, I always get to the point that I’m happy with what I’ve produced and that’s what ultimately matters, ”Borg insists.

Eric Fischl, one of Borg’s favorite artists, once said: “Artists of my generation were uneducated. We were not given the equipment because we generally thought it was irrelevant.

Borg believes academia and technology can hinder the creative process. This concealment, this restriction in the shackles of academic teaching, is detrimental in the eyes of the Maltese artist: “Sometimes I look at a painting and I can’t help but exclaim that the artist uses all the tricks I have learned. through formal education. Nowadays, you can learn these techniques through YouTube, that’s how I learned about them. Taking the analogy with musical composition, people expect an accepted streak in chords, as taught through formal music education. I’m trying to break this mold. 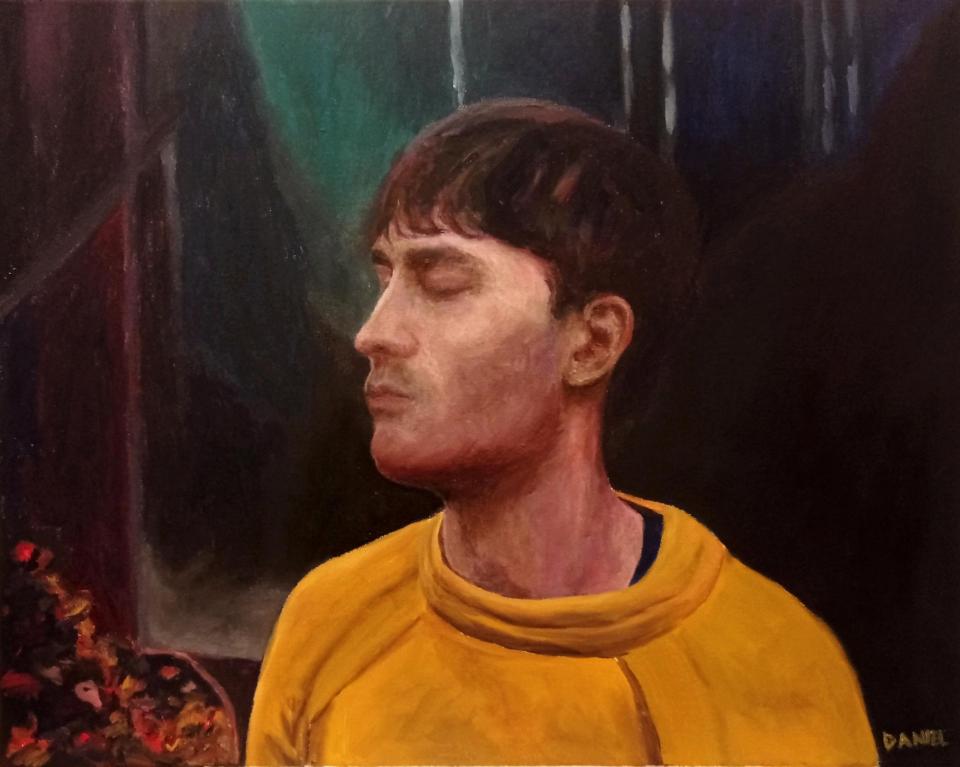 He again takes Hockney as an example who, although the British artist attended art school, he claimed he had to go through a process of ‘unlearning’. Abstract Expressionism was at its peak early in his career. “Hockney managed to find this balance between figurative and abstract, especially after his stay in California. An artist who has never received formal art education is at an advantage because unlearning is a very difficult process.

Midlife Crisis, under the auspices of the Gabriel Caruana Foundation and its artistic program SPRING, is hosted at The Mill – Center for Arts, Culture and Crafts, Birkirkara. It runs until July 29. Please log into the event’s Facebook page for opening hours. COVID-19 restrictions apply. More information on https://gabrielcaruanafoundation.org/events/midlife-crisis/.

Independent journalism costs money. Support Times of Malta for the price of a coffee.

Previous Is Hunter Biden’s Art Worth $ 500,000? Here’s What a Conservative Has to Say | Washington Examiner
Next David Zwirner to represent Katherine Bernhardt

The Long-Term Vision: From a New Hospital to a Super-Street Design for W. Catawba, Change is Coming

October 20. By Dave Yochum. If you think Cornelius has changed in the past 10 …