Flex art culture: from the Dutch golden age to the NFT boom 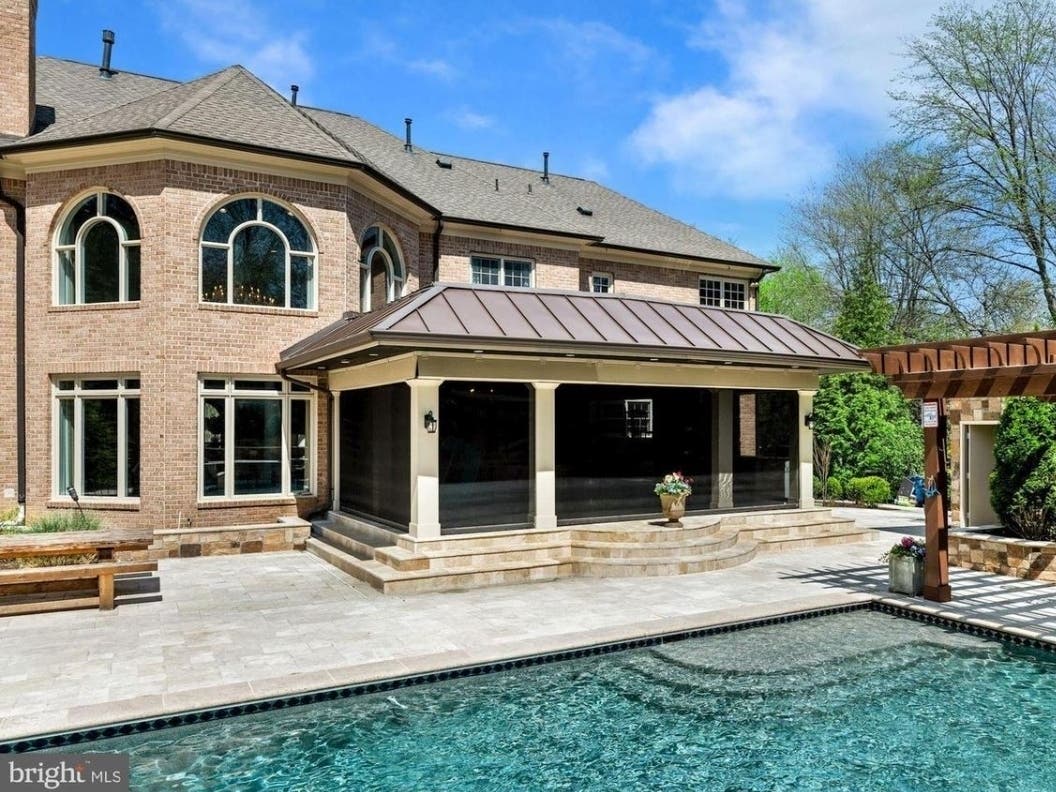 The zeitgeist of cryptocurrency over the past decade has led to the advent of non-fungible tokens (NFTs), each of which is a single unit of data stored on decentralized digital ledgers (blockchain). NFTs have become essential in digital culture, being used most often as a “token of authenticity” for the purchase of digital works of art. However, the line between a representative TVN of art and becoming art itself has blurred, with people buying and auctioning TVNs the same way the art market works. The market value of NFT tripled in 2020, reaching over US $ 250 million.

NFT culture is not just the fine art branch of blockchain technologies, but a natural step into an ancient art-based flex culture. Specifically, a middle class flex culture. Class instability often leads to a middle class focused on the appearance of wealth and “class” rather than true financial standing. Art is therefore a constant in the bourgeois condition. Buying artwork for the home indicates (in theory) that the buyer has an understanding of taste and culture, with sufficient wealth to purchase purely aesthetic and non-functional items.

In the 17th century, the Dutch Golden Age, this manifested itself in small paintings for the house. Many painters of this era moved away from an often unreliable commissioned model and turned to smaller, pre-prepared works that could be sold to the emerging merchant class. Quality art could now be bought on the market or on demand, and even potentially imported. At that time, even some lower class families had art in their homes. But it is the merchant bourgeoisie that has the most to lose and gain and, consequently, buys the most art, solidifying its place in society through aesthetics.

Many expensive Dutch paintings from the Golden Age were “impossible” compositions. The painter would include vegetation from different seasons – a display of wealth to house guests in order to boast of having access to many imported products and being grown in different regions.

The use of rare NFTs as profile pictures on Discord has become a common thread and an increased form of this flex culture, in much the same way that a “hypebeast” would post pictures of their exhausted Supreme shirt on Instagram or a 17th century Dutch trader would. display a still life in their home. An individual’s understanding of “art” is often seen as indicative of culture, class, and intelligence. The display of such elements flexes both richness and cultural knowledge, although many NFTs are an intertextual mix of pop culture references and multimedia content (Spongebob modifications, Rick and morty line art and collectible card inspired compositions are all common on platforms like OpenSea, one of the largest NFT marketplaces).

The previous digital embodiment of this is (like most things on the internet) rooted in hair culture. The explosion of hair culture in the 2010s on mainstream social apps such as Tumblr, Twitter, and Reddit led to a vibrant and powerful supply and demand for high-quality or “specialty” furry art. This lucrative commission culture has paved the way for increasing the “value” of digital art on these platforms. Even though the image has proliferated and made public, it was still you who bought it. You ordered it. This led to the normalization of spending thousands of dollars on what is (essentially) a digital painting, even though people could copy and paste it.

This commission model also allows artists to set prices based on labor, with each party being fairly remunerated. Comparatively, the appeal of NFTs lies more in their desirability as commercial objects, and fair compensation is considerably less clear in a cryptocurrency auction model. This flex commission culture is a way to establish yourself as an important figure in a new culture. Essentially, the instability created a desire to assert control through aesthetic means. The most unstable social class (inclined to movement) is of course the average.

From the point of view of art criticism, NFTs are a very interesting mirror of the engraving process. Fine art prints are printed in edited sets. The number depends on the artist, but the smaller the edition, the more “valuable” an individual print. Often the prints are run as one-time prints, with only one print in the edition. Likewise, each NFT is its own “print,” but often the artist (or company) produces them in as many prints as they want. But this leads to a question that the art world has posed in recent decades: what is the value of digital art?

In a real environment, much of the aesthetic value of a work of art is not just its surface “appearance”. It is in the interplay between texture, light and materiality. One of the reasons fine art press printing continues (even in the digital printing world) is the appearance of colors when physically pressed into the paper. The rich, pigmented black of an engraving cannot be compared to flat RGB black on a screen. This is because the color is physically pressed and glued into a matte material and therefore looks much more attractive. When you see digital images of such works, much of the aesthetic value is lost, even if it “looks the same”. This is the reason why many works of art in art galleries are not behind glass or plexiglass – so you can see the actual texture and materiality of the artwork.

Much of the hype around artistic merit in NFT cultures is due to its proliferation in the demographics which has grown up with digital images interchangeable with real world objects. A lot of people in the culture apparently come from a digital background rather than an artistic one. They are more interested in the high-value auction culture of the commercial art world than in the potential implementations of NFTs in the production of works of art. Some contemporary artists like Damien Hurst and Banksy have embarked on the creation of their own collections or unique pieces. Hurst’s is a digital currency using images of his physical labor while Banksy’s is a digital recreation of a work he intentionally destroyed, turning it into NFT. Such applications are certainly interesting, but do not really push the potential of the discipline into something more conceptually dynamic.

I have seen some galleries host NFT art exhibits but, while potentially interesting curatorially in how the works relate to each other, I see no reason to look at the art on a screen separate from the screen I have at home. Conversely, I am fully aware that an image of Jan Davidsz de Heem’s Vase of Flowers (circa 1660, oil on canvas) on my phone would be totally different in real life. The art engagement experience is entirely different. But for NFTs, this is not the case.

NFTs are not a threat to the art world or the art market as many affiliates claim. They are an extension of the cryptocurrency culture and digital hype that mimics preexisting artistic creation modes for the purpose of potentially profitable wealth performance.

Like how the Golden Age was built on the backs of slave plantations, colonialism, and disregard for the environment, today’s NFTs have dire environmental and ethical concerns. Their high energy consumption is damaging to the environment, and the rise of crypto farms has led to the global overconsumption of computer parts, with massive shortages in almost every country, and especially in developing countries. If NFTs are to continue and join larger modes of artistic creation, then they must become more sustainable and potentially regulated.

The NFT bubble will burst. When it does, I can’t wait to see what serious, art-driven digital artists will do with this interesting intersection of art and technology. I hope it’s not more Rick and morty. 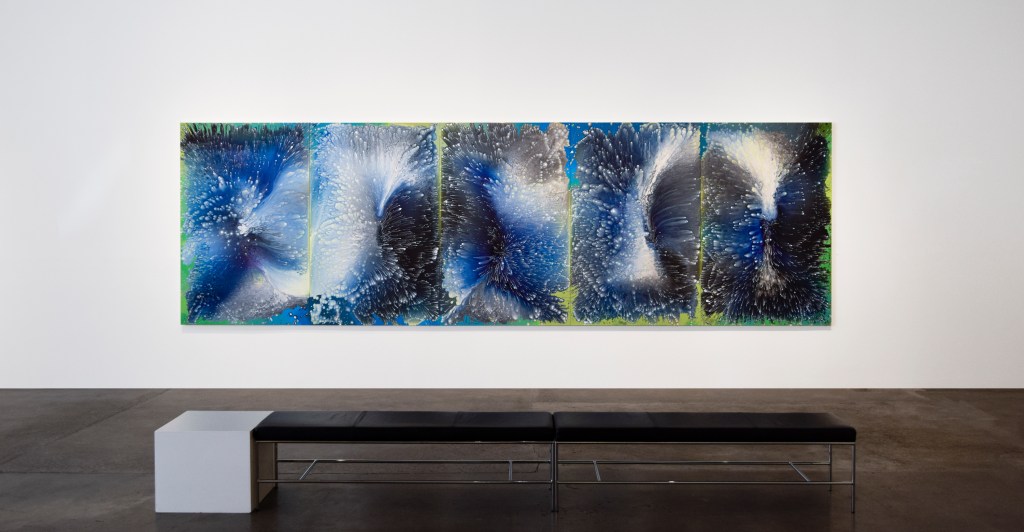