TWO YEARS AFTER BEING SIDELINED BY the coronavirus pandemic, Sun-Fest is set to rock the waterfront.

Billed as Florida’s largest music, arts and waterfront festival, the festival along the Intracoastal Waterway in West Palm Beach returns April 28-May 1 for four days of music, art, of food – and maybe just a little alcohol.

Some of the performers, like Melissa Etheridge and Goo Goo Dolls, have been drawing audiences for decades.

Others, like R&B singer Alex Mali and Australian band Selfish Sons, are ripe for discovery. 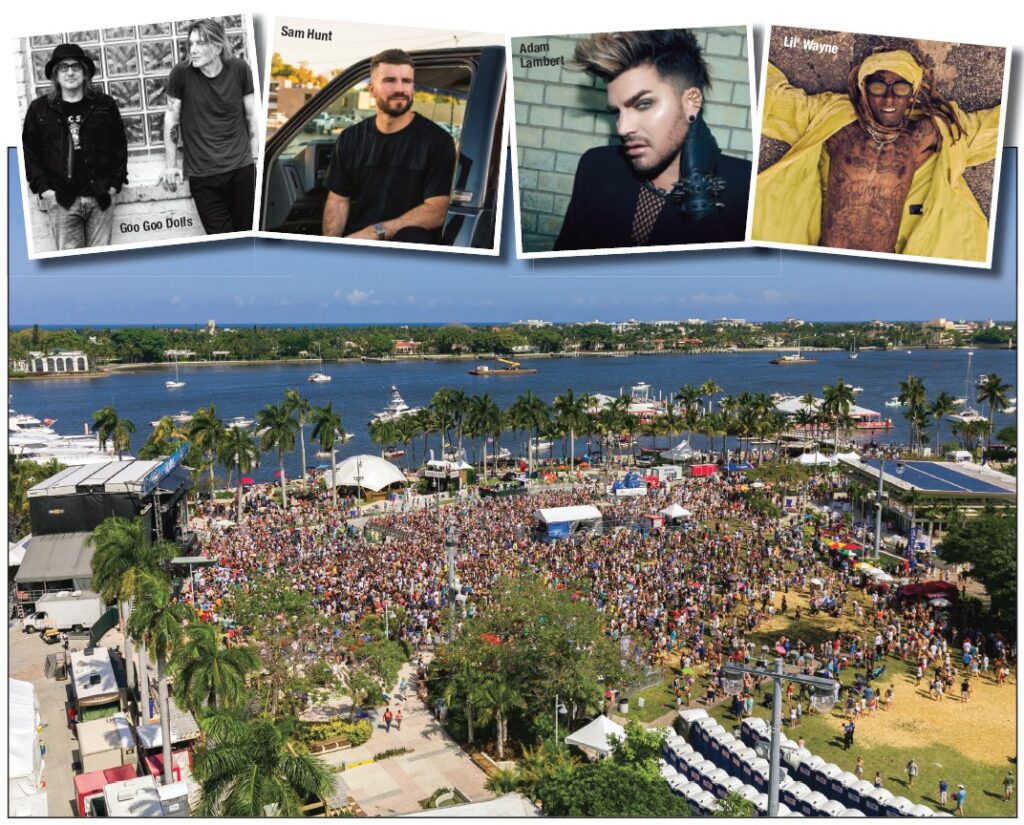 “We are thrilled to bring the music back to the waterfront and to be in person with our friends at a festival that is central to the stories and memories of so many,” said SunFest Executive Director, Paul Jamieson, in a statement. “In 2022, we are showcasing national and local artists who appeal across generations and musical tastes. SunFest has become a unique time of year that brings together people from all walks of life and of all ages in the perfect setting. For many people, SunFest is more than an event, it’s a state of mind. 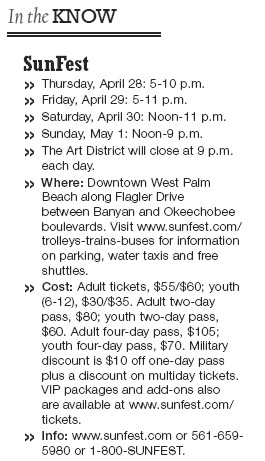 “There is a very vibrant local music scene in Palm Beach County, and we are proud to be able to offer our neighbors the opportunity to perform at SunFest 2022,” said Jamieson. “Build time into your festival plans to discover these bands and support their efforts to create original music.”

A full list of artists and schedule can be found online at www.sunfest.com/ line up.

On April 29, the festivities begin with the TGi5K. Runners receive admission to the Friday festival, a t-shirt, medals and a post-race beer for $60. Register on www.sunfest.com/tgi5k.

SunFest’s music may attract attention, but as it was in the beginning, SunFest is also about art.

Open every four days, the Art District hosted by the Armory Art Center is a hub of artistic expression and activity. Add a personal touch to huge chalkboard and mobile mural creations or leave it to professionals who include world-class graffiti artists to paint massive canvases live. Clients become art with henna tattoo artists, pixie hairdressers, and more.

It wouldn’t be SunFest without a little booze. Floating bars will return, along with the festival’s most popular dance spots. Captain Morgan is working on an updated atmosphere and specialized libations for these SunFest venues. (You must be 21 or older to visit the floating bars.)

Food will also be available, with three restaurants offering over 115 items.

And, yes, there will be fireworks. The display will take place on the Intracoastal on Sunday, May 1, after the final acts at 9 p.m. ¦