The Armory Show announces the 2021 platform 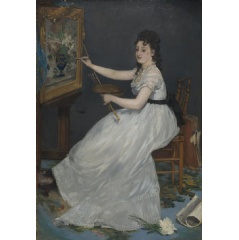 The Armory Show announced artists and galleries featured in Platform, one of the main sections of the fair dedicated to large-scale artwork housed in the halls of the Javits Center, the new permanent home of the Armory Show. . The 2021 edition of Platform, titled Can you hear the fault lines breathing ?, is curated by Claudia Schmuckli, Curator in charge of Contemporary Art and Programming, Fine Arts Museums of San Francisco. It features works by internationally renowned artists Diana Al-Hadid, Benny Andrews, Julian CharriÃ¨re, Tau Lewis, Grayson Perry, Michael Rakowitz, Cammie Staros and Yinka Shonibare CBE.

The artists of the 2021 edition of Platform present a range of positions that, each in their own way, speak to the urgent need to define aesthetic models to effectively tackle the issues that divide social injustice, cultural identity and women. global relations. On the program, eight large-scale installations that offer research-based, empathy-powered modes of address that will allow visitors to negotiate the unsettling conditions that define our current reality.

â€œIn a world gripped by climate change and haunted by biological and social viruses that decimate populations and divide societies, this year’s platform seeks to capture the extent of the fault lines that currently define our experience of l ‘existence,’ said curator Claudia Schmuckli. . â€œI hope the works featured in Platform offer strategies for overcoming and healing that spark a dialogue about new models of caring for oneself, others and the planet we call home. I look forward to seeing these pieces in the new home of the Armory Show at the Javits Center, an exciting place to experience large-scale works and provide a space for those conversations. “

Diana Al-Hadid disrupts a classic aesthetic to create sculptures that oscillate between ruin and regeneration, erosion and growth. Her new work, Self-referential (2021), presented by Galleri Brandstrup (Oslo), marks the culmination of a series of sculptures devoted to the trope of the female nude at rest. While the previous iterations present a single headless figure alluding to the traditional place of women in art and society, Self-Referential merges two bodies into one. Connected at the neck, the stacked figures create an hourglass shape that finally puts that archaic trope to rest and allows a new conception of the figure to emerge.

The Michael Rosenfeld Gallery (New York) presents Benny Andrews’ Circle (1973), a haunting monumental painting confronting white myths about black Americans, especially men, which have perpetuated racial injustice in the United States. Circle is the third of six works conceived in preparation for the American bicentennial in 1976. Fearing that national celebrations would omit the voices of the black community, Andrew’s created his “Bicentennial Series” to counter the heroic tale of white exceptionalism with trauma of lived experience. this is as true today as it was in 1973.

Questioning the validity of the concept of national identity and nation-state, We Are All Astronauts (2011-2021) by Franco-Swiss artist Julian CharriÃ¨re. Co-presented by DITTRICH & SCHLECHTRIEM (Berlin) and Sean Kelly (New York), it is an installation made up of terrestrial globes stripped of their geographic information. Inspired by Buckminster Fuller’s handwriting, each globe features maps from 1890 to 2011 that have been sanded. The dust created by abrasion settles gently under the globes, creating new maps yet to be defined for a world in which the drawn territories are increasingly delimited.

Material (SG) I by Yinka Shonibare CBE, presented by James Cohan (New York), is part of a series (or, as the artist calls them, “generations”) of wind sculptures that explore the notion of harness the movement and freeze it in an instant. Equating the movement of the wind with the movement of people, Shonibare speaks of it as natural metaphors for migration. However, their bright pattern of reds and greens based on the type of Dutch wax textile that has become a signature of the artist’s work also connects them to the discourse around nature constructed of cultural identity and global interdependence. which has been at the heart of Shonibare’s work. work for decades.

Victoria Miro (London) presents Very Large Very Expensive Abstract Painting (2020) by Grayson Perry, inspired by her documentary broadcast on Channel 4 in the United Kingdom in September 2020, in which the artist traveled across the United States on a custom-made motorcycle he designed especially for travel. Perry has spent time with different communities across the United States exploring the different political and cultural fault lines in American society today and asking what could be done to overcome those cracks.

Michael Rakowitz is one of the many artists who envision a restorative future by looking to the past. The Invisible Enemy Should Not Exist, Room F, Section 1, Northwestern Palace of Nimrud (2019) presented by the Jane Lombard Gallery (New York) recreates stone carved panels from a palace banquet hall history of Nimrud that were destroyed by ISIS or went “missing” in the vibrant collages of Middle Eastern food packaging. While addressing the long-standing conflict in the Middle East, it also aims to engage in a history of the region that goes beyond the dominant narrative of the conflict to create a diasporic historical continuity that points to a more viable intersectional future. .

As Rakowitz sheds light on concrete historical events and artefacts in need of cultural preservation, Cammie Staros’ fascination with works of art from the Greco-Roman period lies in how these objects came to represent art. and Western civilization. Presented by Shulamit Nazarian, Come to Pass (2021) is a totem sculpture made up of handcrafted stacked vessels that marry ancient ceramic techniques with modern industrial materials. It is exemplary of the artist’s turn towards ancient vases carrying mythologies of gender, desire and violence constituting the Western imagination, which she reframes in anthropomorphic compositions to reflect on the constructed condition of stories and societies. .

Opus (The Ovule) (2020), is part of a series of soft sculptures and environments that define the utopian universe of Tau Lewis called the works of TAUBIS Lewis come from the collection of found materials that map close relationships and the artist’s gesture towards the cultural signifiers of the community and shared goods. Lewis describes Opus (The Ovum) as “the energy source of consciousness” of a fictional realm defined by abundance, security, and justice. Presented by Night Gallery (Los Angeles), the work simultaneously evokes the fantastic and the familiar, invoking the traditions of the imaginary handed down from generation to generation.