LONDON – Given her tumultuous early childhood, it’s no wonder South African artist Bonolo Kavula seeks the meditative mental calm that she achieves while working with textiles.

Born in Kimberley, South Africa, she was raised in foster care after her mother (she was 4 years old at the time) passed away. She was then enrolled in an art school where she was the only black student. In high school, she won a National Youth Art Award and studied printmaking at the Michaelis School of Fine Art at the University of Cape Town.

Ms. Kavula, now 29, makes her Art Basel Miami Beach debut with “sewedi sewedi” (Sewedi was her mother’s maiden name), an extension of her first solo show that took place earlier this year at the Cape Town outpost of Smac Galerie, which represents it. The artwork, made from shweshwe – a printed cotton fabric – intersects print with weaving and sculpture.

“Personally, it’s my kind of therapy,” Ms. Kavula said, adding that the show was inspired by a her mother’s dress given to her by her great-grandmother. “There is an element in you that has to be present, so no matter what happens, you have to demand stillness. “

This demand for reflection and stillness – from both artist and viewer – is why a number of galleries present works created with or inspired by textiles and crafts at Art Basel. Miami Beach and other satellite fairs this week.

At Art Basel, Aninat Galeria de Arte in Santiago, Chile, presents the textile techniques of three eminent Latin American artists: Patricia Belli from Nicaragua and Catalina Swinburn and Mónica Bengoa, both from Chile. Meanwhile, Proyectos Ultravioleta from Guatemala City and Von Bartha from Basel, Switzerland will present the work of another Chilean artist, Felipe Mujica, who has collaborated with textile artists from countries like Mexico, China, Brazil and Norway to produce its fabric curtains.

A more conceptual textile piece, “Harlem Quilt” (1997), by Harlem-born Canadian artist June Clark, will be highlighted by the Daniel Faria Gallery in Toronto, while at the Untitled Art’s Miami Beach edition, the Ghana gallery 1957 will focus on Serge Attukwei. Clottey’s textiles made with duct tape which are then superimposed on the photograph.

All this fusion between applied and contemporary art is essential. Mr Faria said people who had traditionally worked in textiles and crafts – including women, minorities and indigenous peoples – in the past were often excluded from the canon of contemporary art.

“There has recently been a shift where there has been this broadening of voices and perspectives that before was a very straight line of what art history was and continues to be”, he said, “and there’s been this kind of explosion in our understanding of that.

Applied arts like sewing, quilting, embroidery, weaving and knitting have always been seen in the sphere of domestic practices, and for years they have not been rewarded by the upper echelons of the world of art. However, Iliya Fridman, whose gallery will showcase the textile works of pioneer ‘assemblage quilting’ artist and civil rights activist Dindga McCannon at Art Basel Miami Beach, wrote in an email that the definition of fine arts had “grown to include forms of expression.” traditional to ‘women’s work’.

Artists like Ms. Belli, who is both a sculptor and a textile artist, have helped to push this limit of recognition. Its tangled fabric of used clothing examines the expectations that have always been placed on women.

“I am thinking of patriarchy and the role of women,” she said in a video interview, “and how these duties and obligations are interpreted by us women, by my mother, as a source of meaning and joy of his space in life. “

Mr. Mujica’s job, on the other hand, is to “steer the conversation” towards the domesticity of the production of his curtains. “I think fabric is a great subject and material,” he wrote in an email. He added that different cultures reflected in different ways the role textiles play in everyday life and that his work learned “to integrate these different paths” and situations.

Another New York gallery, Nicelle Beauchene, will exhibit four works by Mattie Ross (1903-97) and Rachel Carey George (1908-2011), two quilters from Gee’s Bend, Ala. These works date from the 1960s, at the time of the civil rights movement. A number of Gee’s Bend quilts were part of the Freedom Quilting Bee where, Ms. Beauchene said, “they would meet, they would plan their protests and their marches, they would chat, they would sing.” She added that “so much incredible history” was going on “when these quilts were being made.”

During this time, Ms. Clark emigrated to Canada in 1968 and only returned to Harlem after completing a residency at the Studio Museum almost 30 years later. Her installation, while not a traditional quilt, uses more than 200 pieces of fabric from second-hand clothing that she procured from Goodwill. Each piece is covered with photographs that she took at waist level.

“My mom taught me how to sew and I started my adult life making clothes,” Ms. Clark said in a video interview. “I found that engaging images on any piece of fabric was an incredibly satisfying feeling for me.”

As Ms Clark – and Ms Kavula – Mr Attukwei Clottey said he understood why so many artists were working in textiles at the moment. The fabric, he said, is “part of our celebration as humans” and it is “something that represents who we are.” 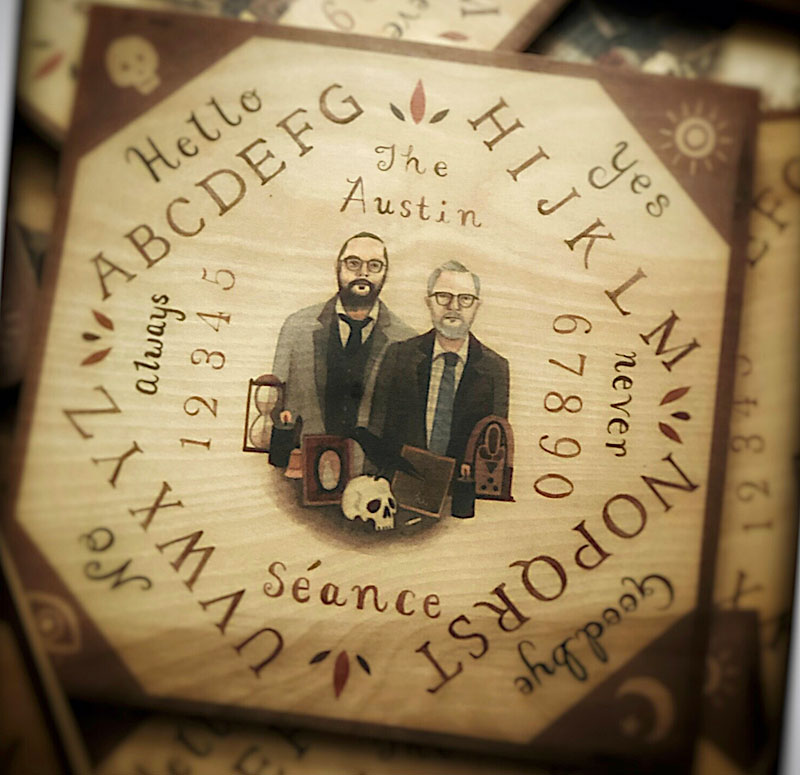