Petal gets new mural at fire station # 3 on Mississippi 42 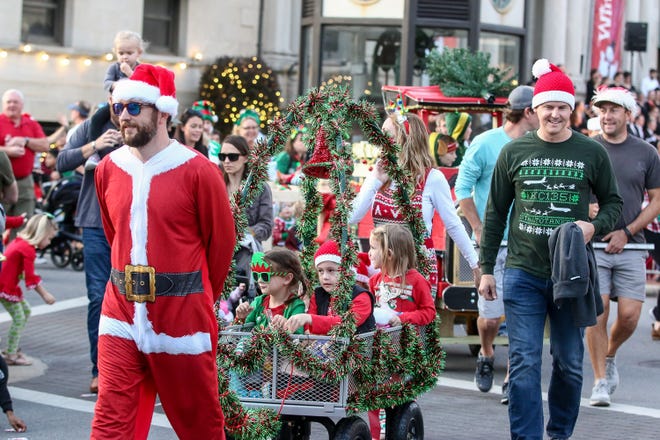 Yolanda López, an artist and activist who has created one of the most famous works of art in Chicano history by daringly remaking the Virgin of Guadalupe in her image – as a strong young brunette woman wearing shoes from running and a big smile – died on September 11. 3 at her home in San Francisco. She was 78 years old.

The cause was complications from liver cancer, said his son, Rio Yañez, also an artist.

Ms. López has produced other types of work, including conceptual art installations and political posters, but her 1978 painting “Portrait of the Artist as Virgin of Guadalupe” is by far the most acclaimed and widely recognized. reproduced. It has appeared over the years in art books, feminist stories and Chicano anthologies. He has appeared on T-shirts and tattoos. And with similar work by Patssi Valdez and Ester Hernández, he inspired younger generations of Latino artists to rethink the Roman Catholic icon, a vision of the Virgin Mary popular with Mexicans and Mexican Americans.

Essentially, Ms. López took Guadalupe, the paragon of wise femininity, and set her free. The heavy and voluminous dress of the Virgin is redesigned in a short and sporty dress. His starry blue cloak becomes more of a superhero cape. She’s running instead of being stuck, and she looks happy.

Jill Dawsey, who organized a exhibition of Ms. López’s work slated to open in October at the Museum of Contemporary Art in San Diego – its first museum survey – called it a “striking revision of Guadalupe, stripped of its colonialist and patriarchal origins and transformed into an image of radical feminist optimism “. (It was drastic enough that Ms. López received periodic death threats.)

Few people realize the number of versions of the Virgin of Guadalupe that she created, including at least 20 collages and photomontages made as studies. Her final image of the Running Virgin was part of a larger triptych that celebrates working-class Chicanas of different ages and body types – and the idea of ​​matriarchy itself. One image shows her stocky mother repairing the Virgin’s mantle at a sewing table. Another has her grandmother sitting on the stacked fabric as if it were a throne, casually holding a knife and snakeskin.

A dedicated feminist and activist in the Chicano movement, Ms. López has also done explicitly political work. In 1978, she created a poster for the Chicano Rights Committee which exposes the hypocrisy of many anti-immigration sentiments by showing a man wearing an Aztec headdress pointing at the viewer like Uncle Sam with the message “Who is the illegal alien, PILGRIM?” “

In the late 1990s, she produced a series of popular prints, “Woman’s Work is Never Done,” to recognize the power of women’s work, from farm labor to child rearing. But spreading her work never created a source of income for her, and she got by teaching as an adjunct teacher at various colleges in the Bay Area.

“All of the work in our exhibit was borrowed directly from the artist, not from galleries or museums, and that rings a bell,” Ms. Dawsey of the San Diego Museum said. “Its priority has always been its ethics policy and commitments. She was never interested in the world of institutional art, which notoriously neglected Chicano artists.

Yolanda Margarita López, the eldest of four daughters, was born on November 1, 1942 in San Diego to Mortimer López and Margaret Franco. Her father left early and she was raised by her mother and maternal grandparents in a largely secular home. Her mother worked as a seamstress for the US Navy base in San Diego, among other employers, and Ms. López’s childhood dream was to become a costume designer.

Frustrated by the conservative values ​​of her hometown, she left the day after graduating from high school to live near San Francisco with her uncle and boyfriend. In 1965, she enrolled in San Francisco State College (now the University), where she joined militant groups like the Third World Liberation Front, which sought to reform curriculum, hiring, and admissions. for students of color. She participated in her five-month strike, which resulted in the creation of a college of ethnic studies and a department of black studies.

In 1969, she was a founding member of a group called Los Siete de la Raza which sought justice for seven young Latino men accused of killing a police officer. (They were later acquitted.) She designed her newspaper, ¡Basta Ya !, as well as some posters, including the one who spun the American flag so that the stripes looked like prison bars on the faces of the men. According to Karen mary davalosEmory Douglas of the Black Panthers, who holds a Chair in Chicano and Latino Studies at the University of Minnesota, acted as a mentor by showing Ms. López the layout of inexpensive newspapers and cut-and-paste techniques. .

She then returned to Southern California and received her BA from San Diego State University in 1975. The following year, she began studying for an MA in Fine Arts at the University. from California to San Diego.

His graduation exhibition featured three important works: the Guadalupe triptych, done in oil pastel and paint on paper; a series of self-portraits in acrylic and oil, “In Dónde Vas, Chicana? Go to university“; and a series of eight-foot-tall charcoal drawings that she made of herself, her mother and grandmother on butcher’s paper. These drawings were intended to show” ordinary women ” She writes in an exhibition guide, to counter “the lack of positive portrayals of Latin Americans as normal, intelligent humans” and “the continued use of stereotypes such as the Latin bombshell and the wife / passive and patient mother.

“To Dónde Vas, Chicana?” Was born from a new hobby: running. During her MFA program, she discovered the love of running, both as a form of exercise and as a way to get around town without a car. This led to a series of self-portraits that show her running through the hills of La Jolla and past the new avant-garde Modernist buildings on campus. The works show her claiming her land as a Chicana woman in a predominantly white community. “I was the only visual arts graduate student to be a person of color,” she said in a 2020 interview.

After returning to San Francisco with his partner René Yañez, they had their son, Rio, in 1980. They had separated at the end of the decade.

Ms. López has increasingly turned to artistic creation from found objects and images. In 1985, she created a simulated educational installation displaying clearly stereotypical Mexico-themed memorabilia, calling it “Things I never told my son about being Mexican.”

One of his last works is a collaboration with his son. In 2014, after receiving eviction notices for her apartment in the Mission neighborhood, Ms. López created an “eviction performance” with her help by selling her clothes, jewelry and household items at the Galería de la Raza. It was a garage sale that also served as an art exhibit – and, said Rio Yañez, “it was also a way to make a lot of noise about the eviction.” (She ended up staying in her apartment after a community organization stepped in and bought the building.)

Information on survivors other than her son was not immediately available.

More recently, Ms. López has reverted to her earlier works by making small reproductions on card stock, the size of business cards, to share with friends and colleagues. Many had sayings on the back. They were meant to be put in the wallet or pocket, like plastic prayer cards. She called them “pocket posters”.

“His approach has never been to create masterpieces for the elites,” Prof Davalos said. “She was always looking for ways to put art in people’s hands.”

One Thursday in June 1970, a San Francisco police officer was going mad because motorists …